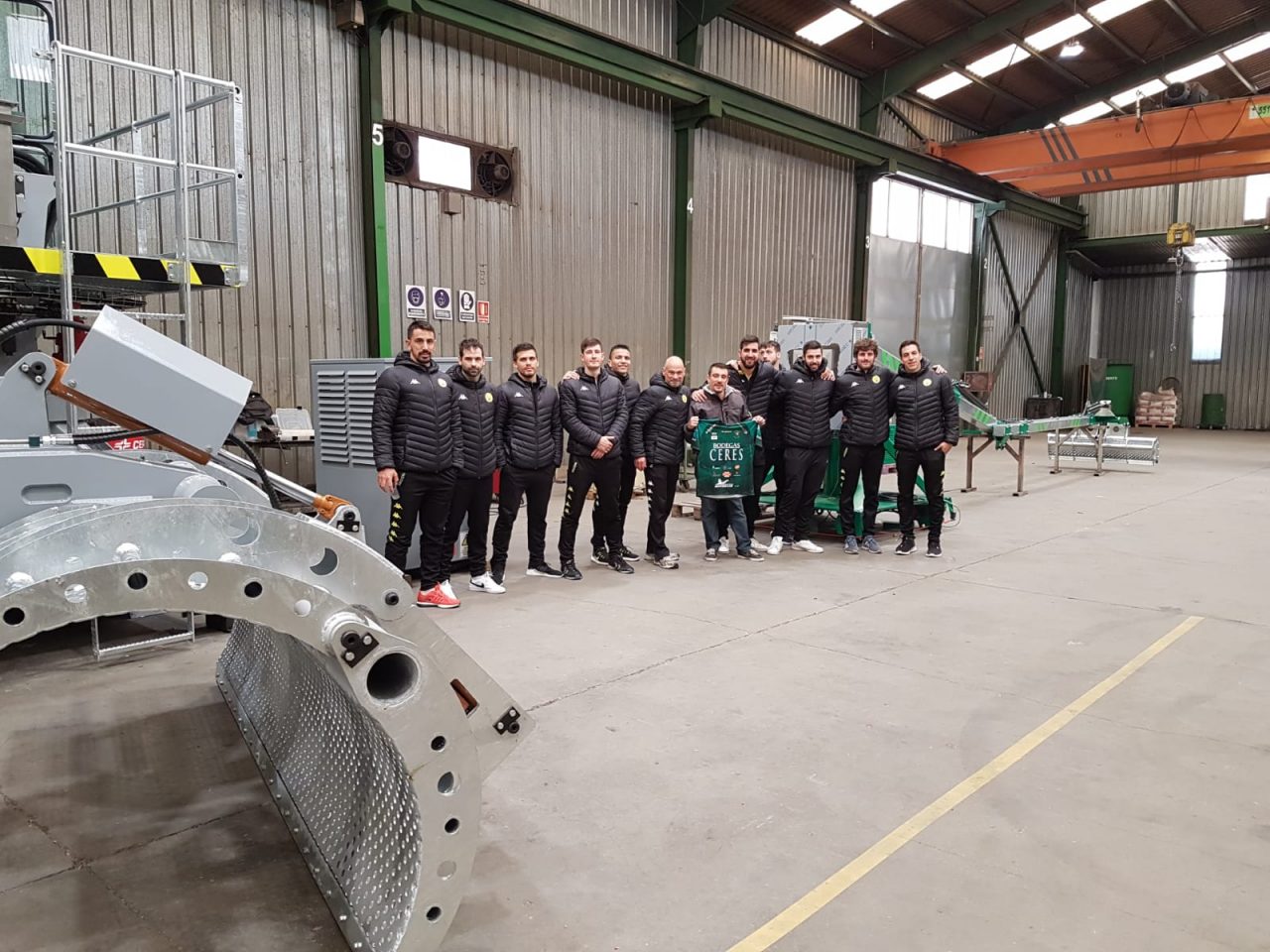 The Weimar Villa de Aranda is placed in group A (Galicia – Castilla y León) and finishes sixth in its debut in first division with José Félix Navarro as coach. The following season (2002/2003) they finished second in group B and played the promotion phase to the División de Honor Plata. The team from Burgos played the playoff in Huesca and finished third. Despite this, the team from Aranda would have a new opportunity for promotion playing the promotion against Balonmano Elda, 14th classified in División de Honor B.

The 2011/2012 season would be historic for the club. Artepref finally stopped sponsoring the club and Juan Moreno from Leon took the reins of the Arandino bench. Without a main sponsor and with a delay in the subsidy from the city of Aranda de Duero, Villa de Aranda is torn between continuity and disappearance. The team’s liquidity problems lead to a possible resignation to compete in the middle of the season. However, the team manages to pull through, signing an extraordinary second round and finishing in fifth position with 35 points, and therefore, with the right to play the promotion phase to the ASOBAL League for the first time in its history.

Then, the local coach David Pisonero pulled tactical repertoire, in attack playing with two central and the team relying on the splitting of the end Miguel Camino to the double pivot, which in turn hindered the circulation of VDA in the advanced.

After these two points, the pucelanos achieve their best streak of the season with four consecutive victories and reach 31 points in the Sacyr Asobal League standings, threatening the 8th place that holds with 33 its next rival this Saturday, Angel Ximenez Puente Genil.The first half was high scoring pace as usual in the Recoletas games at home, which punished his rival at the start with goals after defensive recovery, 7-3 min.9, and offensive protagonism for the less usual in that facet as Roberto Turrado and Nico Lopez.

Blasgon Bodegas Ceres Villa Aranda is a team that does not have many victories, but has fought in every game. «It has a fairly united team, solid in defense, with a correct goal and knows how to put in trouble all the teams of La Liga Sacyr ASOBAL» said the coach. This team has a weak point, «Blasgon Bodegas Ceres Villa Aranda loses its competitive character in four or five minutes and that’s where the games slip away» is a pattern that is repeated in almost every game and that’s where Nolasco must tighten to make that difference and dominate the game.

José highlighted the team’s overall, «Aranda have two players in the Top 10 scorers of La Liga Sacyr ASOBAL, Javi Garcia and Matheus Lennon, with 120 goals each» that says a lot about what the team is. They stand out defensively because of that block that is the team, offensively they have more problems scoring goals. «We are going to have to know how to play very well and give continuity to the game to find the weaknesses of their defense».

The Blasgon y Bodegas Ceres has a very important defense. Llorens, Megías, Guilherme are responsible for safeguarding the goal defended by Ricardo Vega and Luis de Vega. Thanks to the good work at the back, Bryan Negrete, Enrique Pajares, Juan de Dios Linares try to go on the counterattack to punish the opponent’s attacking mistakes.

The left back is well covered with Matheus de Novais, Guilherme Silva and Zeljko Sukic. The former can also act as a central defender and even as a left winger, as in the first leg. Silva is usually used as a defensive specialist, but in Nava he used his arm as a hammer to surprise the Blanquirrojos.

Julen Elustondo and Julián Souto are competing for the starting spot on the right flank. Despite being right-footed, both make up for this difficulty with grit. As soon as they see a space, they «throw themselves» into it. They are two very difficult players to stop because of the intensity with which they execute every action.