Slain back from hell analisis 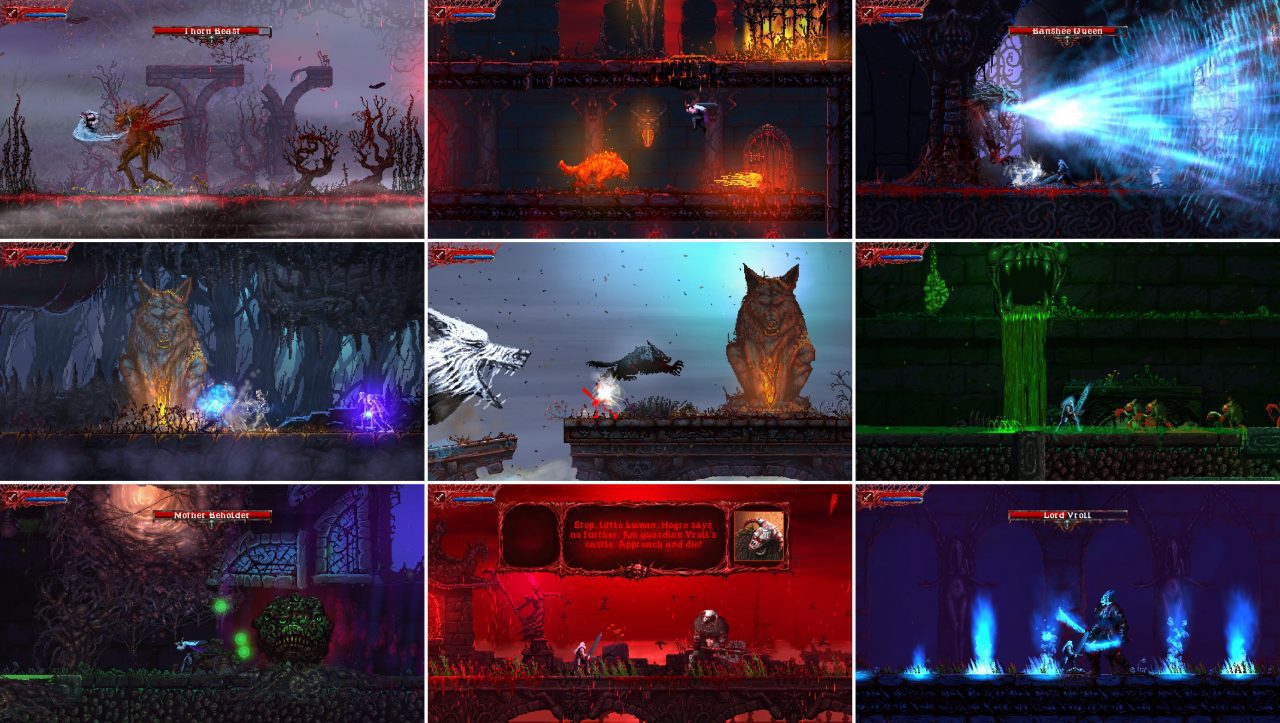 Slain back from hell analisis

Review of slain: back from hell

Wolf Brew Games brings us a platformer of the most beast, where we will go through bloody scenarios full of traps and evil creatures to the rhythm of heavy metal. In Slain: Back From Hell we will have to defeat a few bosses in which each one will be a different challenge. The title was released on PC, although months later it was released for current consoles, being PlayStation 4 the platform on which we have analyzed it. Are you ready to dive into a dark and brutal world to crush monsters? Here we leave you with our review of Slain: Back From Hell.

Before each level, a screen appears with lore details about the area we are going to visit. In this way they help us to understand more about these agonizing dark kingdoms that we will have to liberate.

The first level of the game serves as a tutorial. In it there will be areas where enemies will reappear to help us get the hang of the combat system. You will discover for yourselves how the game will be when you fall into the first traps. And it is that these are placed in that way and in that place so that we go learning the lesson. In fact, in the first trap of the game we are awarded a trophy; a consolation prize for overcoming the trap.

Slain: back from hell

Today we are going to recover on our own initiative a game that has been on the market for a while, but I wanted to talk about it for quite some time. An action and platform game, with a fairly classic premise and an artistic section of ultratumba as not, we speak of Slain: Back from Hell.

And is that Slain: Back from Hell, is a game that came to us not without controversy. An early version of the game, simply called Slain! appeared on Steam, creating a negative and deserved stir, because the game accused very serious problems for a game that had just been released. And we are talking about a totally unreasonable and unfair difficulty, problems with sound effects, and severe problems with the control and a notable input lag that made the game something totally unplayable.

In the technical section we will find a game with a pixel art quite interesting and very well developed and that will remind us of the 16bits, very successful and striking lighting effects, especially the explosions of mana, the effects of the clouds in front of the moon or the halo that give off the light sources. A solid set that finds its strongest point is a sublime artistic section, totally inspired, gothic, diabolical, dark, and oppressive, with very high levels of gore that far from bad taste, greatly improve the atmosphere.

Slain back from hell – live gameplay

Slain tells us the legend of Bathoryn, a legendary warrior who returns from the dead to rid his gothic world, once again, of an evil that roams in the form of werewolves, ghosts, floating skulls, skeletons… A linear 2D adventure that mixes action, platforming and all the eighties Metal iconography (long-haired, skulls, rivers of lava …), including the soundtrack by Curt Victor Bryant, former member of the heavy band Celtic Frost.

Thus, after the first 15 minutes, the absence of different combos makes it soon fall into monotony, despite the dodges and blocks, at least by today’s action standards. The same applies to other aspects, such as, for example, the final bosses: they are impressive from an artistic point of view, but «bland» in terms of playability. They are challenging, because in two attacks they take almost all of our lives… but once we find the attack pattern, they don’t have much mystery.

And the fact is that Slain lacks, in terms of gameplay, that spark that separates a simply «correct» title from one that we can hardly put down. The worst thing is that, in other facets, such as the artistic one, it does manage to convince. Its «Pixel Art» and animations are beautiful, smooth and fluid, leaving both a varied range of scenarios and attractive creatures, especially the aforementioned final bosses.

Slain: back from hell «blood and metal» | spanish gameplay

Some of you may remember the early version of Slain and not exactly for its great gameplay, but before you take your hands to your head those of you who played that version do not worry because the game has been almost redone in its worst aspect and we are facing a new title for PlayStation 4 (reviewed version) and soon to be released on Xbox One.

Slain: Back From Hell has become what it should have been in the beginning, an arcade game that reminds us of the great classics of the genre like Castlevania and Ghost and Goblins but with a very heavy and quite personal aesthetic and style.

The control and combat with respect to the previous version is a world apart. Now the game is fully playable and enjoyable to the fullest. Easy and intuitive control, in combat we have a series of three hits to eliminate enemies. Energy projections using mana, blocks and subsequent counterattacks or the already known Dash to dodge enemies are already known to all. A perfect control of the character allows you to play in a fluid way in which our skill in command will determine our success and not as in the previous version that depended on luck and your ability to see the future to know where we were going to attack. Perhaps as downsides we will say that sometimes the combos leave us sold because once started we can not stop them.